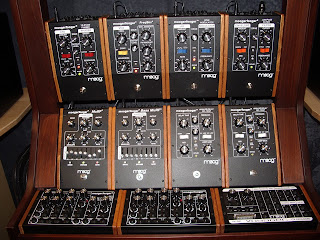 This week saw us pop over to a very sunny Germany for this years Musikmesse. As usual we stayed with MR Hoodees brother-in-law Paul and were joined by GC drummer and old mucker Richard 'spoons' Spooner who drove in from his new home in Switzerland.

We were glad to see the usual big turn out for the messe, with the usual suspects all there and only a slight reduction in the size of some of the stands pointing towards the global economic woes. As usual there was a fine display of knob-laden toys to lust over (and fiddle with) and we also had a couple of planned meetings that went well, including a very interesting one with the guys from Steinberg - more on that at a later date. 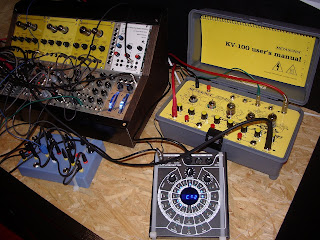 Amongst the things we really liked the look of was Doepfers Dark Energy mono synth and the usual array of goodies from Jomox. We were also a bit puzzled by the sheer amount of people who wanted to strap on Rolands new keytar and strut around in an 80's style! 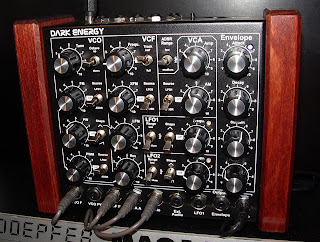 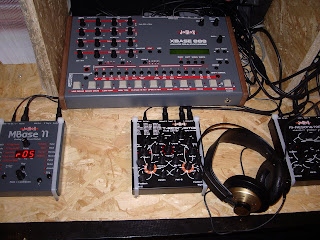 In other news we're having a few days break for easter next week, then striaght back into our next Future Music commission in double quick time. It's also Mr Hoodee's daughters' 9th (where does the time go!) birthday tomorrow, so a house/studio full of kids is expected, which should be fun, planning to dig the BBQ out as well, so it's sure to rain!.

We've also finally sorted some server space for the possibility of posting up some free samples to download, and we're working on some kind of limited run sample cd (working title of "Mr Hoodee's phat kick lucky dip" at the mo) to sell on Ebay/direct from us -more news on both of those when we get some time to sort 'em out.

Posted by Groove Criminals at 10:02